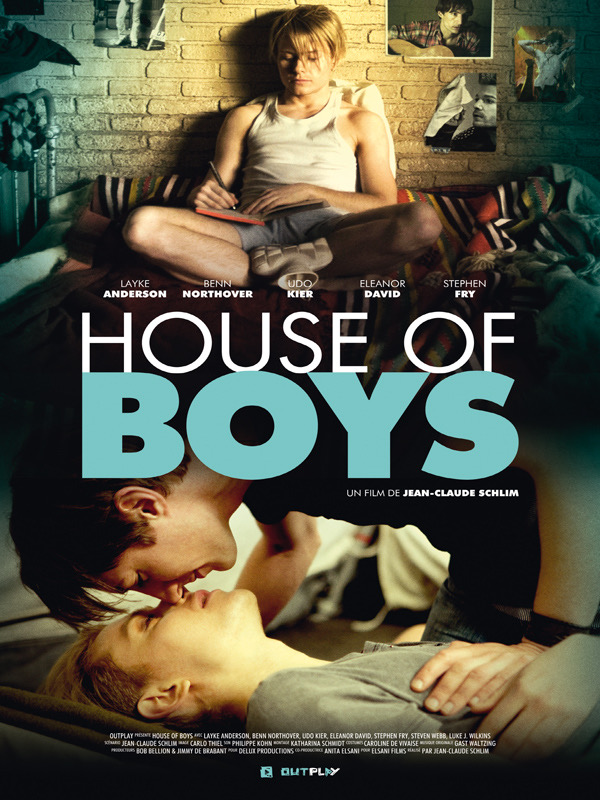 Synopsis
Two young soul mates find each other while working at an all-male performance club/brothel.

It is 1984. Frank (Layke Anderson) is a determined teenager who runs away from high school to find an alternative lifestyle in Amsterdam. He finds a home and a job at the House of Boys, a bar-cum-brothel run by a strict Madame (Udo Kier) who has an eye for what his punters crave. Frank works his way up from barman to on-stage dancer and falls in love with some of his housemates. The first intimations of what is described as ‘the gay cancer’, casts a long shadow over Frank s tight-knit group of friends. Yet despite the troubles that cloud the hopes and dreams of young Frank, his perseverance, along with support from a willing doctor (Stephen Fry), will carry him through. House of Boys is a glamorous, colourful coming-of-age story that lifts the lid on an exciting world of sex and music, where deep passions suddenly turn into a struggle for courage.

The film covers the full range. It has the coming out story; it has the over-sexed drugged up tear-away; it has the tender love story; it has the abused child story; it has the heartless old queen manipulating young boys; and it has a heart-wrenching story of AIDS. The story is beautifully written and the acting is superb. The participation the iconic star Stephen Fry only strengthens the fact that this is not just a film, but it is something which is there to make you think. Music by Spandau Ballet, Roy Orbison, Jimmy Sommerville and others is beautifully integrated into the story. This is a must see.